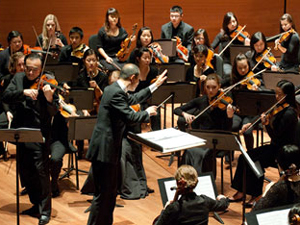 You can only either lead or follow at any given time. So says conventional wisdom.

You have to choose: Follow for a while to build connection; then perhaps lead to achieve an outcome. The issue then is have you built enough connection for the influence you hope to achieve. (Of course, you might have enough authority just to lead all the time. Maybe.)

We might switch very quickly from leading to following and back again but still, at any given time, we’re doing one or the other but not both.

So says conventional wisdom. Recently, I realised this isn’t right.

The most influential people lead and follow at the same time, or so it seems to me. Somehow they both are influenced and influence simultaneously. And of course, it’s an unconscious process both for them and the other people involved.

The funny thing is…

We don’t have a word for that, not in English anyway—for that process of leading and following at the same time.

Back in 1933, Alfred Korzybski in his work on “General Semantics” said that the English language often has words for opposites but not the middle way. The language often gives us convenient single words for the extremes, but no words for “the great in-between” e.g. good or bad, happy or sad, right or wrong. So our language limits us by focusing our mental models on the extremes. This causes us all sorts of problems.

One of them is understanding the process of influence properly.

And we need to find alternatives.

So what lies between the extremes of leading of following?

What words are there for that great in-between?

What do you get when you blend leading and following?

Whatever that is is what we need.