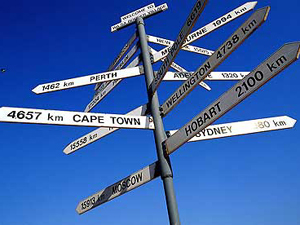 But what if you don’t really know what works, or don’t know yet?

If you’re doing something new, you’re very unlikely to get it right first time. If you had enough knowledge to hit the target at the first attempt then it probably wasn’t such a new thing you were doing.

If your idea or product or service hasn’t engaged a market or an audience before then it’s unlikely you really know what they want, not least because they probably don’t know yet either. Only when they see something that makes some kind of connection will they realise what their true need is.

So maybe you do need to keep things more open than conventional wisdom would suggest. That’ll cost more and take more effort than just following one option, but not as much as focusing on the wrong thing—the one it turns out nobody actually wants.

The gradual narrowing of options toward a truly effective focus is an art in itself, and a welcome development when it comes.

To mangle Albert Einstein’s words… Everything needs to be as focused as possible, but no more focused than that.