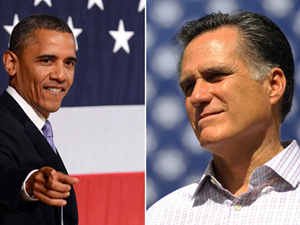 Leaving aside the politics, and the relative merit of either presidential candidate…

Mitt Romney made an interesting comment—interesting in the context of the theme here: “I learned as the Governor of Massachusetts that the best achievements are shared achievements, that respect and goodwill go a long way and are usually returned in kind.”

BBC Washington correspondent, Jonny Dymond’s impression was that he had spoken in a voice “that, for once, seemed to come from the heart.” Finally, in the eleventh hour of the campaign, whether through exhaustion or desperation, one candidate seemed to find a new authenticity, at least in the eyes of one observer. From the uninvolved position of the other side of the Atlantic, it’ll be interesting to see if that makes any discernible impact on the outcome.

Meantime, support for the principle of co-operative working from an unexpected source, even if he has own reasons for saying so at this point.